Nathan Dorlon Clark and Coral Reef Law Offices provide experienced legal representation and consultation in all areas of the law to a wide range of clients and other attorneys, frequently in or related to the following areas of Trial and Appellate litigation practice, and consultation and planning in connection therewith: 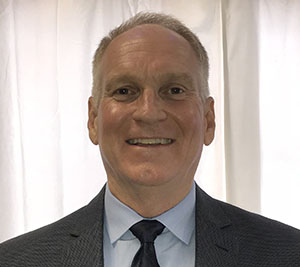 Nathan Dorlon Clark is a trial and appellate litigation attorney since 1980, who has successfully handled many complex litigation cases with creativity and precision, establishing significant precedent known in the legal community and the media.

Mr. Clark excels in both federal and state trial and appellate courts in the areas of criminal defense, personal injury, business litigation, taxation, family law and other cases. Nathan Dorlon Clark is a member of the Florida Bar and the Mississippi State Bar, as well as all the courts of those states. He is admitted to practice before the United States Supreme Court, the 11th Circuit Court of Appeals, the 5th Circuit Court of Appeals, and the United States District Courts of both Florida and Mississippi.

Nathan Dorlon Clark is a leader in the Crossfit and recovery communities, helping others to thrive spiritually and physically, and to fit themselves to be of maximum service to our community.

Nathan Dorlon Clark was born and spent his childhood on Pascagoula Bay at Baptiste Bayou, which today is spanned by Jimmy Buffet Bridge at Jimmy Buffett Beach, in a family of five next door to two Catholic brothers he considered his uncles, regularly attending Presbyterian, Baptist, and Methodist churches, whose church families instilled in Nathan the unwavering belief in the spiritual values of the Good Samaritan. Nathan Dorlon worked at a young age in the family owned shrimp industry, and on his grandfather Capt. Eugene Graham’s two overnight charter fishing boats, the Honeymoon and the Silver King, III. He is the great, great grandson of Nathan Mulford Dorlon, of Dauphin Island, Alabama, the longest owner of the Governor Stone, an 1877 oyster schooner docked in Panama City, Florida, at St. Andrews Marina, which is a National Historic Landmark.

Nathan Dorlon Clark is an undergraduate of Spring Hill College in Mobile, Alabama, receiving a B.A. degree in 1977, where he majored in philosophy and literature under the guidance of the Jesuit order and Philosophers Mel Brandon and Carl Kobelja, and played 4 years of college basketball on an athletic scholarship, and studied classical piano and art.

In 1980, Nathan Dorlon Clark received his Juris Doctor law degree from University of Mississippi, where he served on the prestigious Mississippi Law Journal, and was a member of Phi Delta Phi legal fraternity.

In 1981, Mr. Clark  received his Master of Laws in Taxation degree from the University of Miami in Coral Gables, Florida, where his studies focused on business entity taxation. After graduating from the University of Miami, Nathan joined the Miami office of the nationally known tax law firm, Culverhouse, Tomlinson, Mills, Anderson and Cone, where he commenced his federal civil and criminal tax and white collar litigation practice. The firm was headed by Hugh F. Culverhouse, a tax lawyer with a national reputation and the founder and owner of the Tampa Bay Buccaneer NFL football team.

From 2007-14, Nathan Dorlon Clark served the communities of Miami and the Florida Keys as an Assistant Regional Counsel for the State of Florida, with the Office of Criminal Conflict & Civil Regional Counsel, Third Region, representing indigent defendants in need, while simultaneously operating and maintaining his private practice in complex litigation cases, renowned in the legal community and the media.